A Collection of Photographs

As its title suggests, A Four Season County depicts our compelling Ontario region in ways that extend far beyond beautiful summer beaches, a successful, acclaimed wine industry, traditional agriculture, and vibrant, livable communities. The County is uniquely situated, no matter what particular physical, cultural, or metaphorical vantage point its observer might fancy. Gently rolling County terrain, beautiful woodlands, surrounding waters rich in fish, and fertile soils were home to indigenous peoples for over 2000 years prior to the first European explorers’ contact.

Contemporary County life is much more diverse than its largely agricultural 19th, and early 20th century predecessors, where Picton, Wellington, Bloomfield, and smaller hamlets largely depended upon farming industries as their lifeblood. It is this blend of tradition, and modern social realities that gives A Four Season County its essential foundation.

The Four Season creative team has embraced these provocative project themes. Long time County resident and Picton-based photographer Peggy DeWitt has an extensive portfolio of beautiful, evocative works that link the region’s past to its present. Award-winning photo-journalist Phil Norton has made the County his home for many years, where Phil’s subjects have spanned numerous natural landscapes and County features. Wellington native Rob Garden’s love of different County elements is reflected in his art. Jason Pettit, a relative late-comer to professional photography, has developed a compelling perspective of his County, and its meanings in his delightful work.

Multidimensional creative talents Gary and Joanie McGuffin each defy any easy categorization. As the Four Season photo editors, and project consultants, the McGuffins draw upon almost 40 years of their lives together as photographers, writers, film-makers, explorers, and conservationists. Gary and Joanie’s abiding love for the Great Lakes, and their nuanced appreciation of the wider natural world gives this special County work other subtle, attractive creative influences.

Bryan Davies is an award-winning author, commentator, and County aficionado who is writing the Four Season text, and coordinating the project team. Bryan’s Sault Ste. Marie-based UFE Tagona Press embraced the opportunity to promote an important story. The Four Season team will donate 5 percent of all book proceeds to the Hastings Prince Edward Land Trust, and thus help advance the Trust’s efforts to preserve beautiful County spaces for future generations.

A Four Season County also celebrates a place where its people appreciate effective, committed community leadership. For this reason, the project Team is very pleased that the PEC Chamber of Commerce Board of Directors have endorsed this unique creative work. Four Season contributions from all four featured photographers will be made available to the Chamber for its ongoing County promotional purposes after the November 15 2020 Four Season publication date.

Constructing A Four Season County – Going behind the scenes

As our project moves closer to its late November 2020 completion date, I thought it might interest the PEC Chamber membership (and a wider County audience) to know a little more about the Four Season County creative process … how the magic happens!

Our four County photographers (Peggy deWitt, Rob Garden, Phil Norton, and Jason Pettit) were asked to provide the project team with their favourite works that might fit our overarching theme – to explain that the County is much more than beaches and wineries. They collectively submitted over 450 images spanning Spring, Summer, Fall, and Winter, a tremendous body of work selected from the many hundreds of items available in their individual portfolios, effort and pure artistry exemplifying their countless hours devoted to seeking the perfect shot every time out.

And now …. the remarkably tough, back office task – reducing 450 publishable photos to the ‘best of the best’ – a book-sized 90 or so. Gary and Joanie McGuffin lead the way … directing their hard won, world-class creative consulting talents to the selection process, abilities distilled from 40+ years of exploring, photographing, storytelling, filmmaking, and living lives intimately connected with the natural world. UFE Tagona’s Helen Dow, a talented young writer, and I working along side the McGuffins, looking at different ways that we can best supplement such terrific Country visual creativity with mere words. 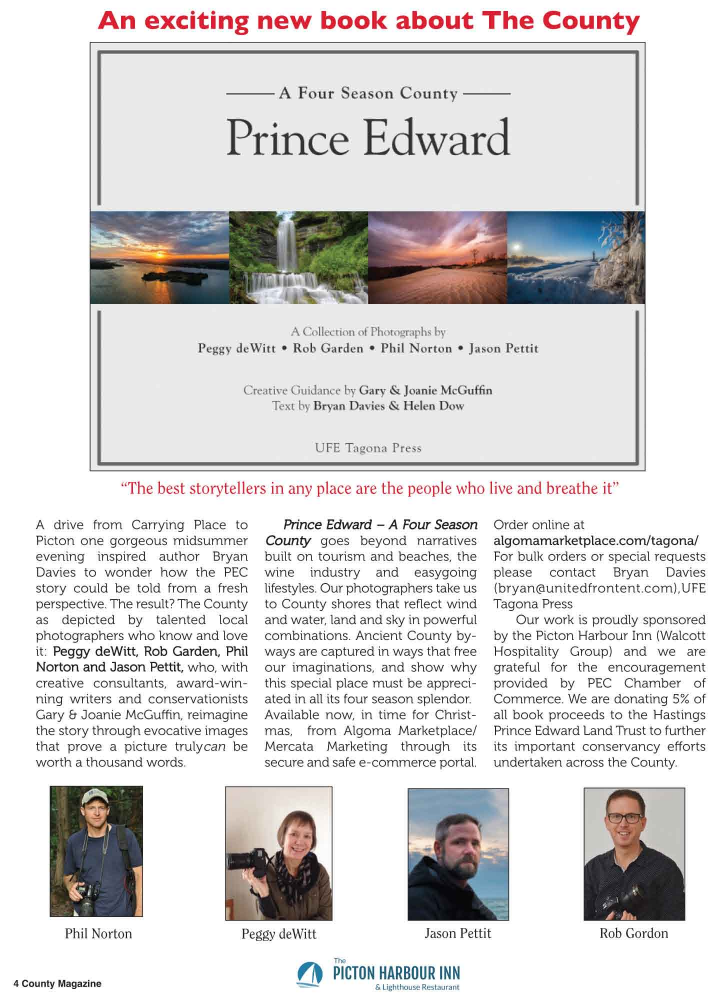 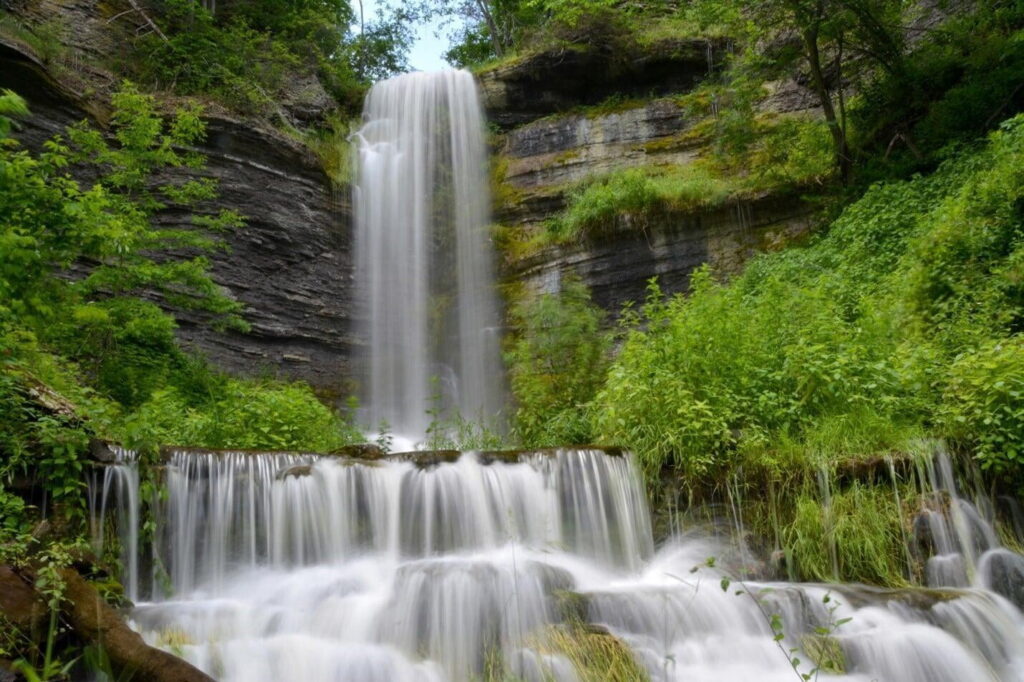 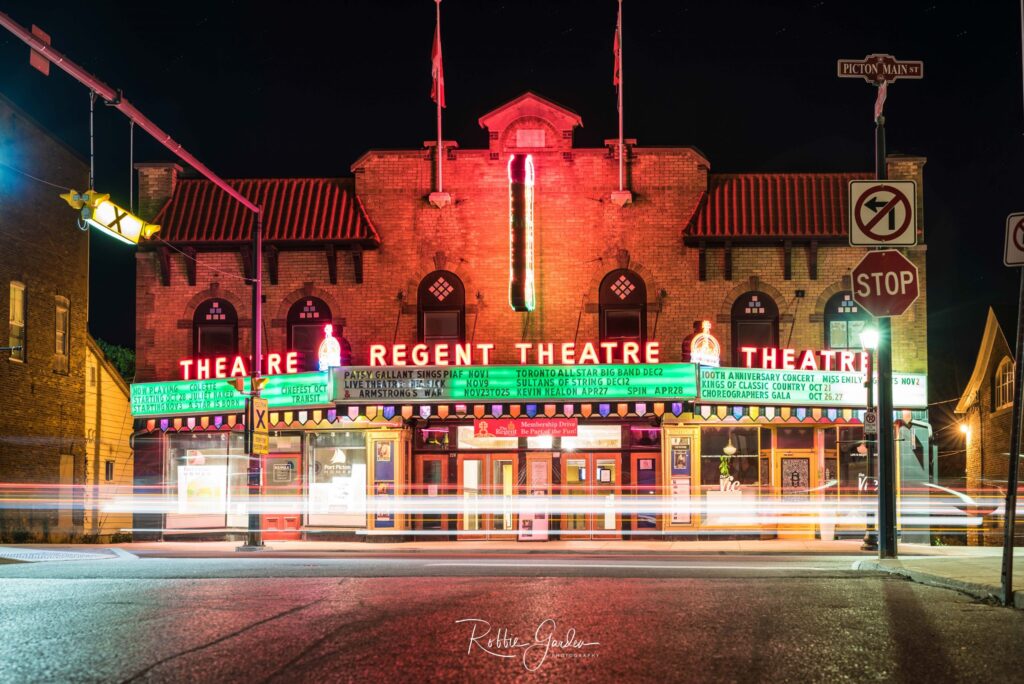 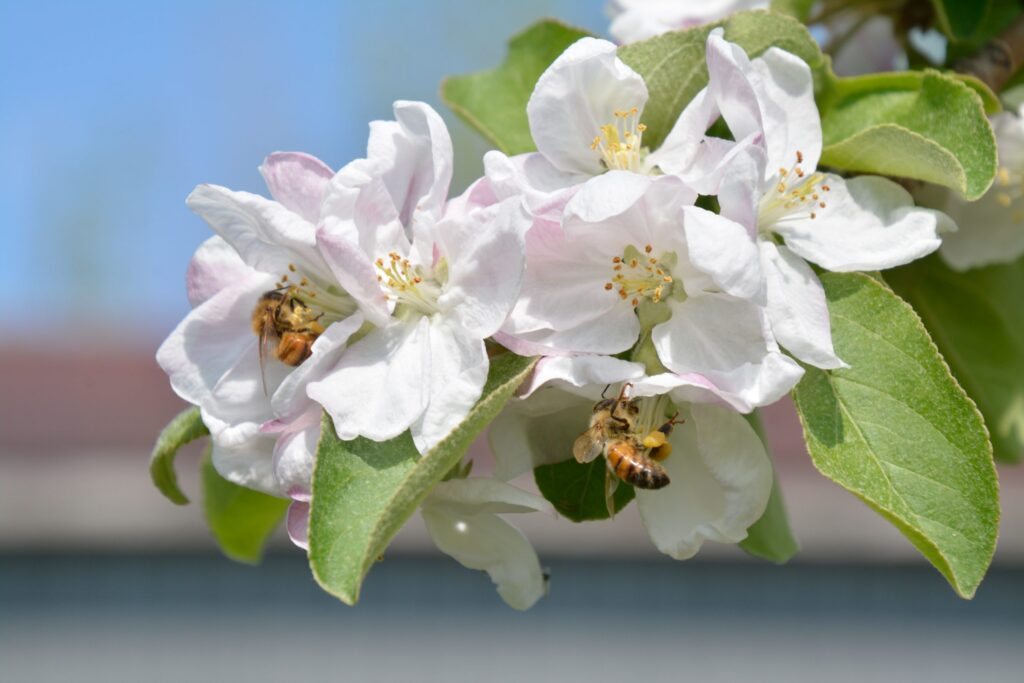 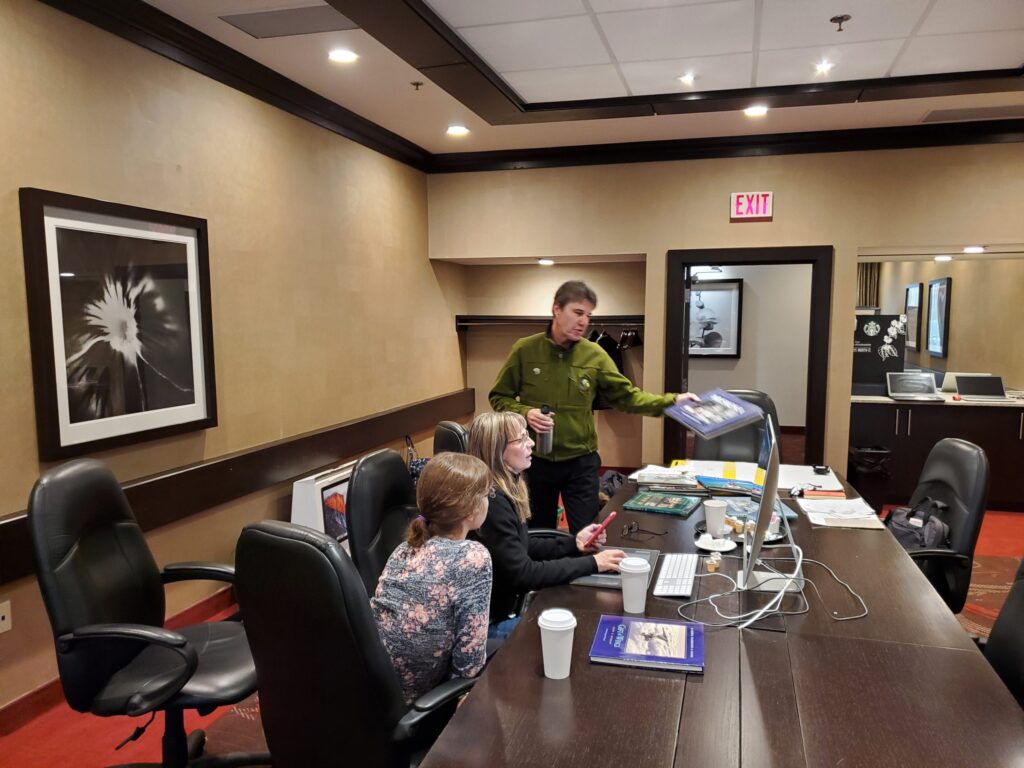 The examples above provide a peek.

When portrayed on a glossy print book page, these beautifully crafted, thoughtful images and their 90 companions will tell the County story as its never been told before … Our e-commerce portal will be open next week for orders (we are gratified that so many people have contacted us looking for their Christmas copy).

Those details, and more Four Season County team profiles will be published next week.

… and a quick shout out to our friends at the beautiful Sault Ste. Marie Delta Marriott hotel, and their kind support provided to our project… we used a Delta boardroom to spread out our books, notes, and photo editing technology to work through the Four Season County photo selection process …our thanks!!

close
Start typing to see products you are looking for.